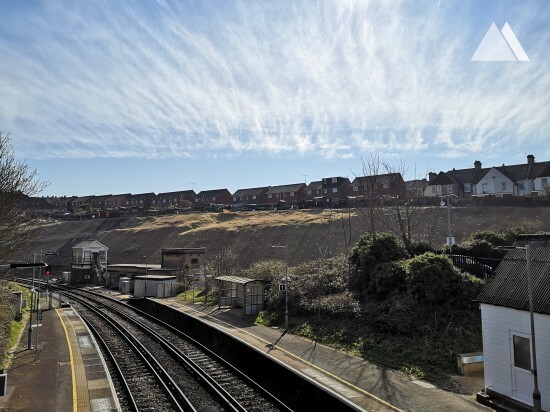 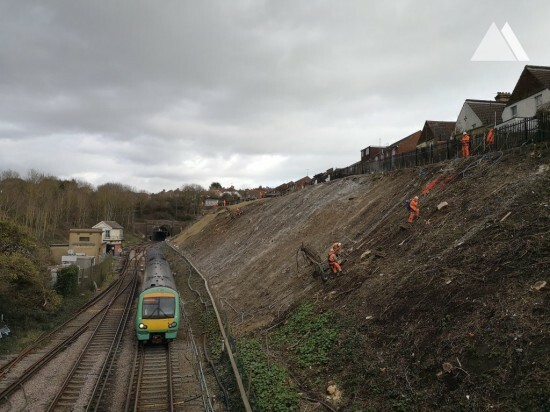 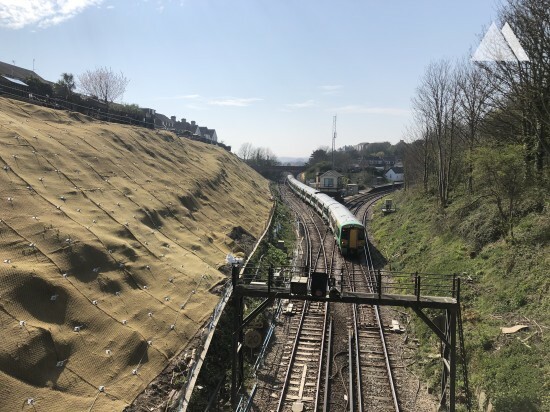 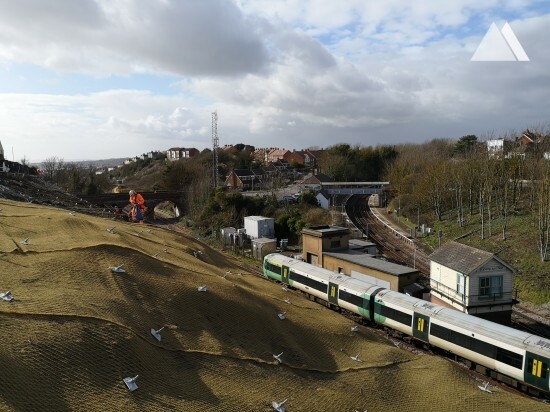 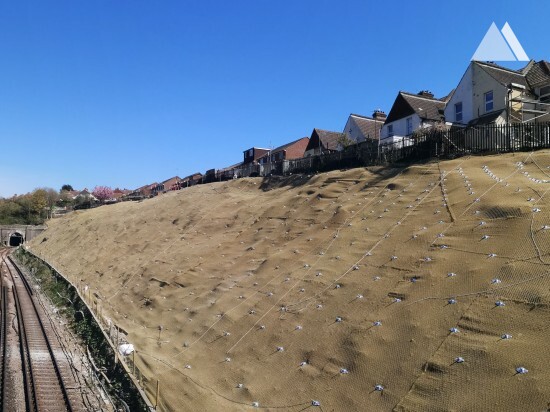 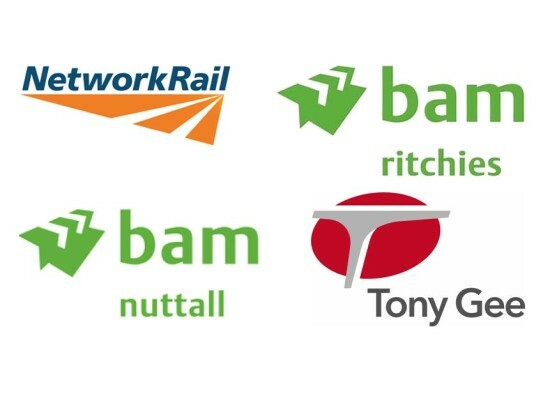 A landslip in 2016 left a large back scar on the railway cutting adjacent to property boundaries. The over steepened slope needed to be stabilised to protect the rail line and also protect the gardens and boundaries of adjacent properties. Continued weathering of this slope has created a steeper and unsafe slope angle.

Prior to the failure, the slopes were heavily vegetated with mature tree cover. These large trees, although helping to stabilise the local soil, create big issues on a steep slope in adverse weather conditions and high winds. Tilt meters have been installed for the past four years to monitor the slope condition.

The boreholes drilled at ground investigate pre-tender stage showed the ground being Wadhurst Clay, primarily clays and extremely weak mudstone with some weak sandstone also shown, leading the design to be produced for self-drilling soil nails. However, from trials (both scheduled and additional), we found much harder and prominent ground encountered at all depths, which was likely missed at ground investigation stage due to heavy faulting through Bo Peep Tunnel at the eastern extremity of the site.

The major fault through the tunnel is documented in a paper written about the reconstruction of the tunnel following partial collapse due to groundwater ingress, associated with the faulting. Following extensive devegetation of the slope, extremely hard limestone can be seen outcropping at one location on the site, suspected to be the hard band encountered at varying depths across the slope.

Engineers Tony Gee and Partners set about designing a scheme for the full slope length. Due to the limited access at the crest, raised trunking, cable routes, signals at the base of the slope, and requirements to keep the Tonbridge to Hastings rail line open. A soil nailing stabilisation was chosen. The use of on slope drill rigs (skid rigs) attached to crest mounted anchors allowed for the installation of soil nails in a grid pattern over the full slope height and length.

The Works undertaken by BAM Ritchies involved drilling of just over 1400 soil nails of varying lengths (from 1.5 m to 9.0 m), with primary lengths being 7.0 m and 9.0 m, specifically in the area of the previous landslip.

Soil nails consist of 25 mm dia. solid bar, upper 2 m of tendon galvanised. Soil nails were drilled using 3 Terrapin rigs, winched across the face using bar anchors on the crest of the slope. Air flush was supplied by compressors located on the crest, with drilling methodology changing from DTH to drag bit, highly dependent on ground conditions encountered. All works were undertaken using rope access techniques with no impact on the operational running of the railway.

Following drilling, mesh installation consisted of laying just over 6000 m² of TECCO® GREEN G65/3 over the entirety of the slope face, with extremely tight access points and areas with no crest line limiting the drop lengths possible to install in one go. Only access points at either end of the 220 m long cutting, with a middle access point allowed to be used as minimally as possible due to it being a residents' driveway. Mesh was then finished with TECCO® P33/40 spike plates on each soil nail, a domed nut, and perimeter cable.