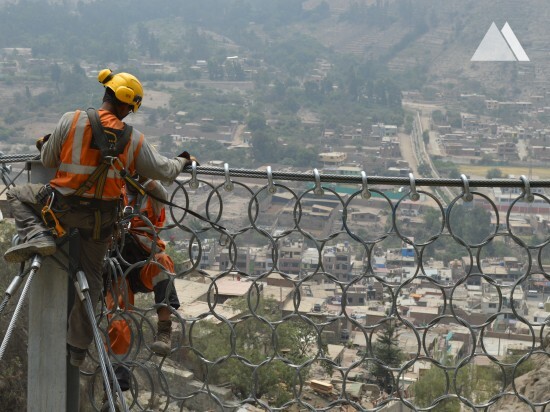 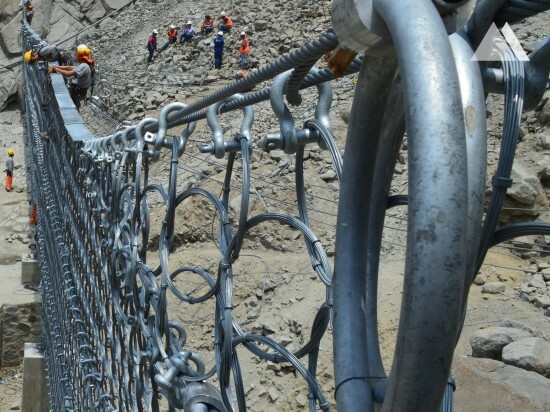 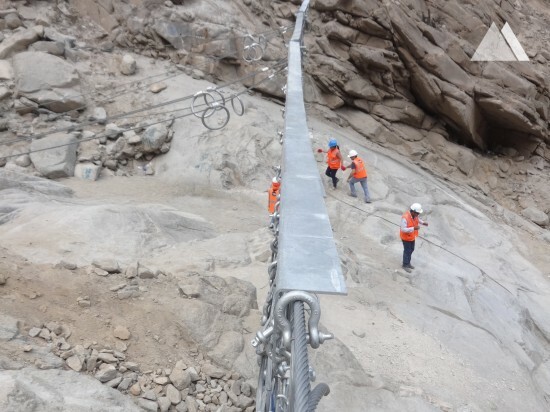 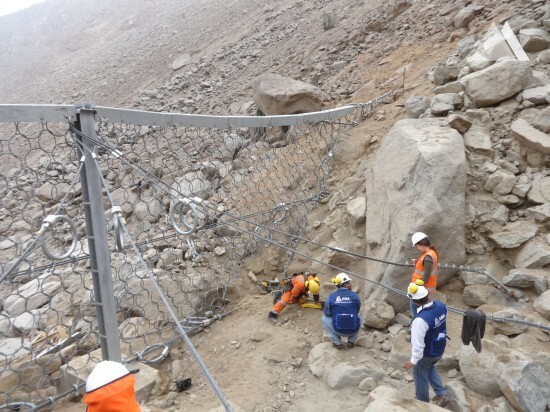 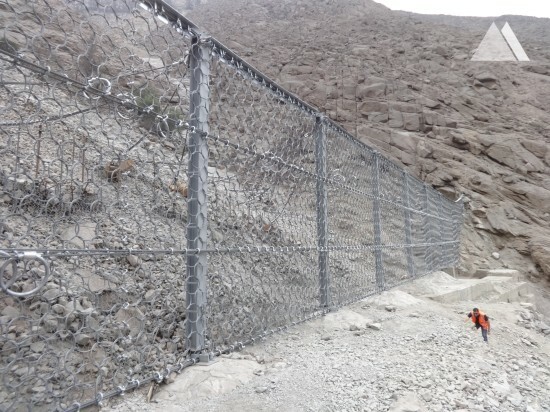 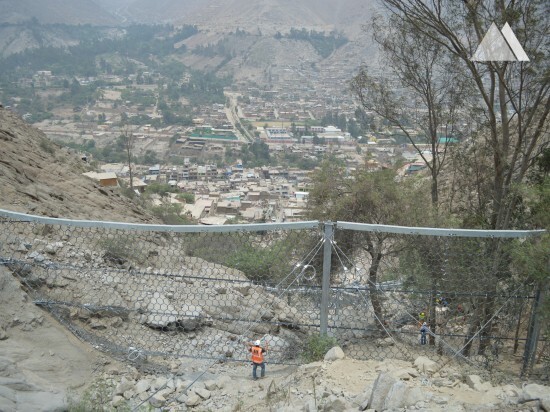 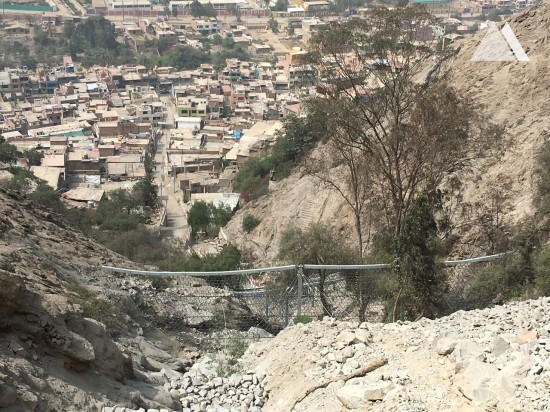 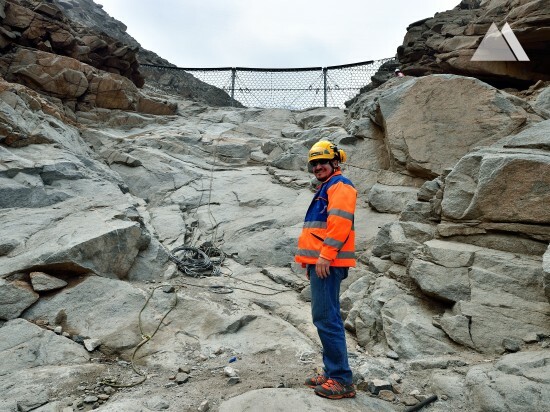 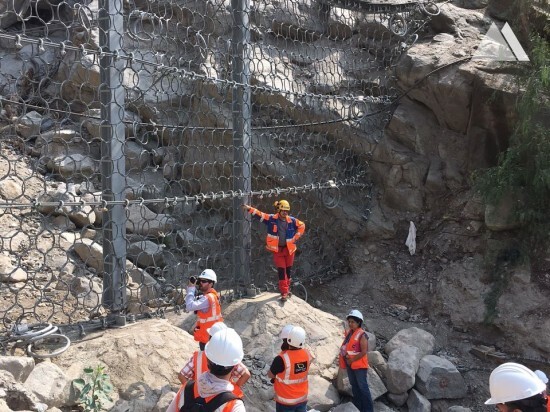 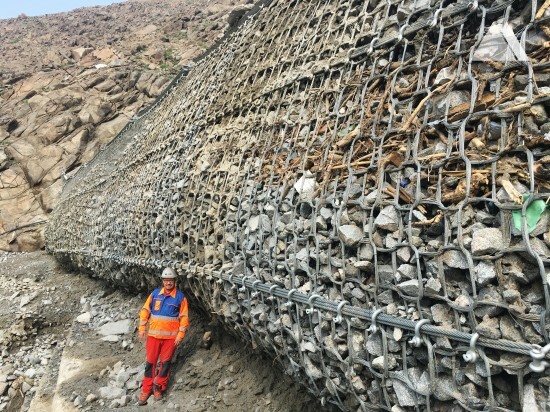 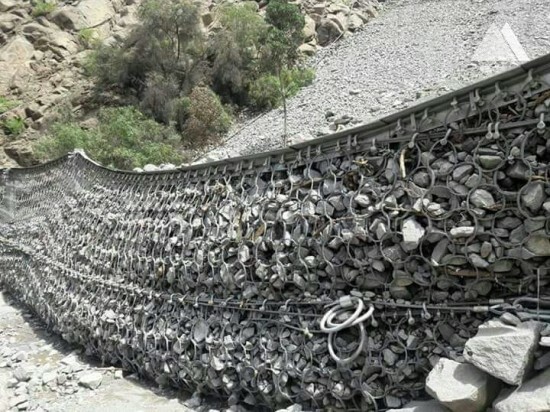 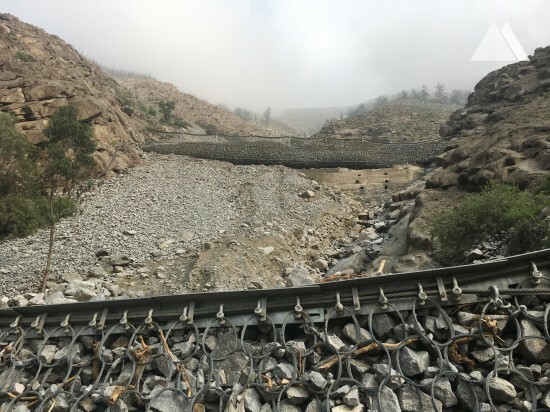 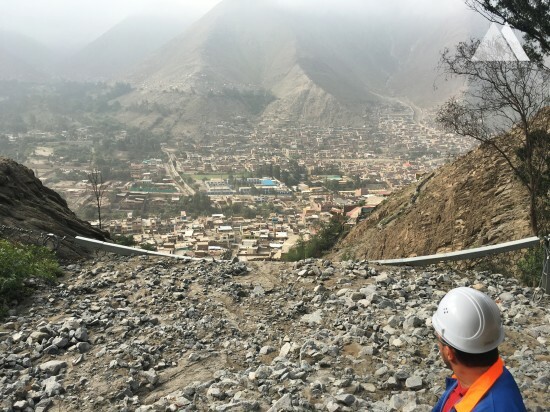 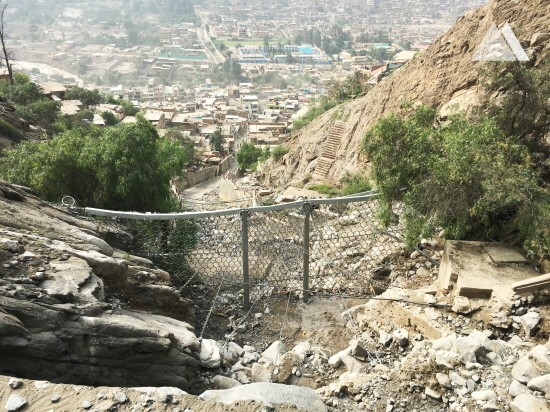 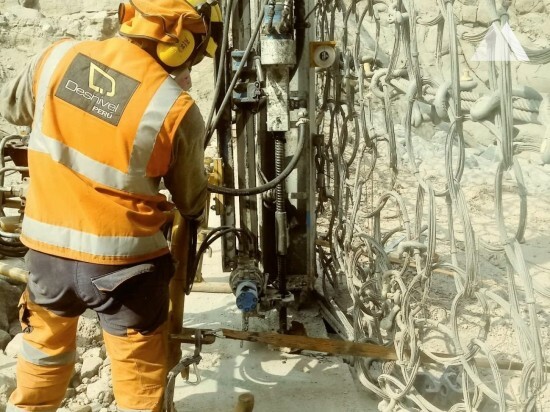 In the area east of Lima, Peru, annually recurring rains due to the El Niño phenomenon caused mudslides and landslides in the past. At the end of February 2016, Geobrugg installed 22 debris flow barriers that today protect people and infrastructure in the nine valleys of the Chosica Region.

22 barriers were installed between mid-November 2015 and end of February 2016. Noteworthy are the means of transportation: By air from Switzerland to Lima and by muscle power over the final kilometers. The lightweight of the systems was advantageous for both types of transport.

Local authorities show details of the largest installation of this kind of Latin America in a film (in Spanish).

A year after the installation of 22 debris flow barriers in Chosica El Niño Costero has struck again, with the worst storms of the past 30 years in the north of Peru. Causing heavy rains, floods, and landslides, which have caused in fatalities and damage to properties.

The 22 barriers have functioned reliably. One of the images shows a 55 meters stretch as one of the 4 levels of the barrier system. Two of these barriers are filled to 95 percent capacity, which is a volume of 10,000 m³. The multilevel design allows an increased retention volume, meaning that there is still capacity in the downstream barriers. The most important thing is that the residential area has not been damaged and there have been no deaths or injuries.

The works consisted of two stages: The removal of material accumulated after the rainy season. And the replacement and restoration of the elements damaged by the debris flow and by robberies.