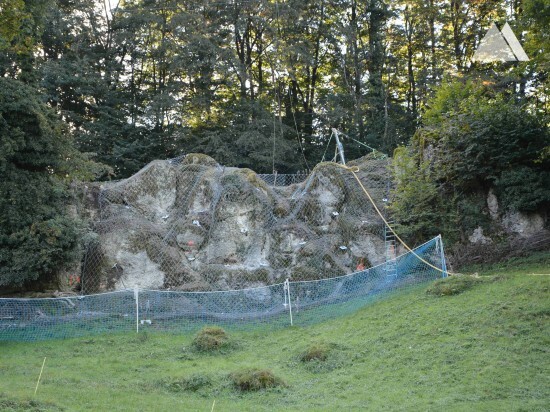 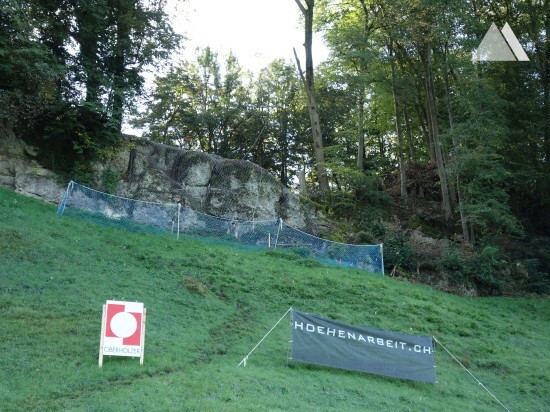 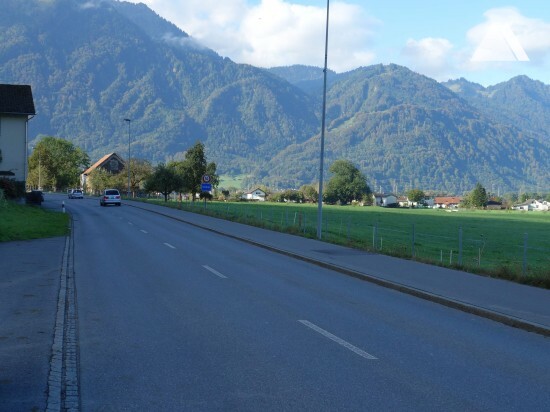 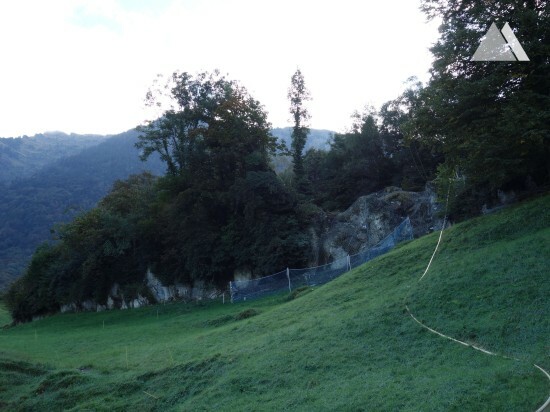 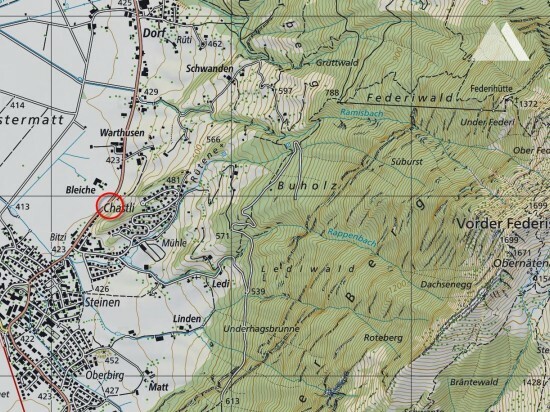 The area was formed by glaciers. With climate change, the rock underneath, molasse conglomerate rock, has become more unstable. During the past few years sections of rock, some with volumes of around 1 m³, became dangerously loose and were in danger of eminent fall onto the road, the building below and the neighboring pastures.

The Swiss State Agency for Forest and Natural Hazards immediately alerted the regional road inspectorate and political community to the potential risk.

As a short term emergency measure Geobrugg worked with the regional road administration and a local contractor to stabilize the most critical rock sections with SPIDER® S3-130.

The whole project from planning to final acceptance took only six weeks.