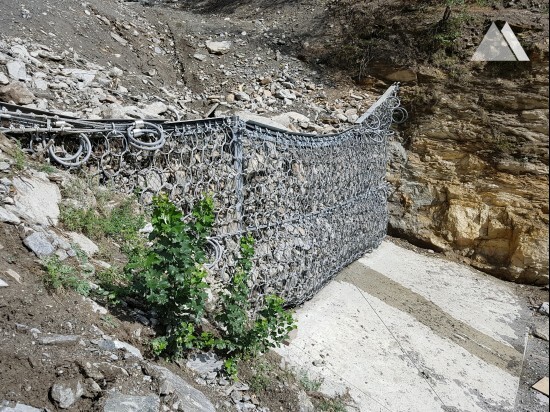 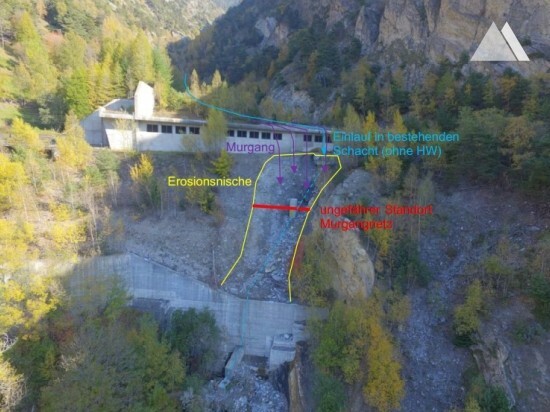 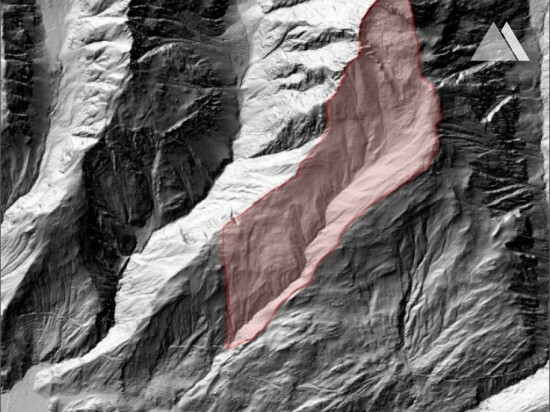 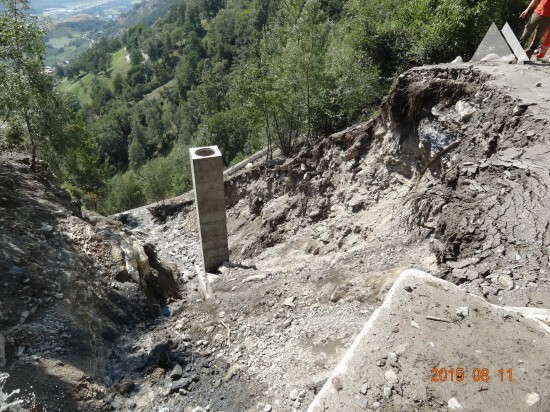 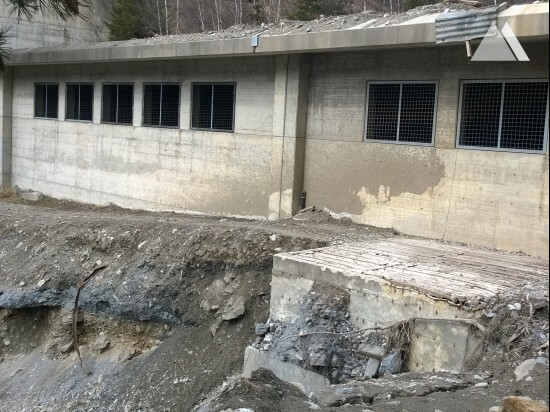 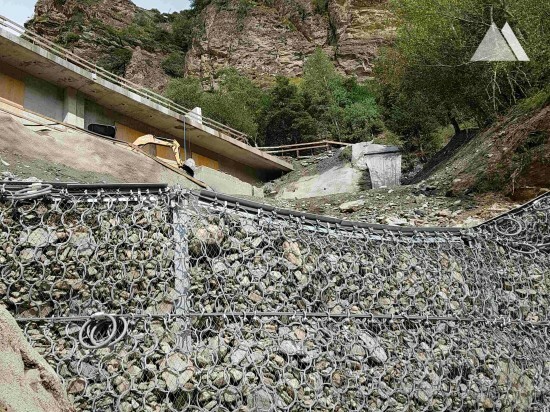 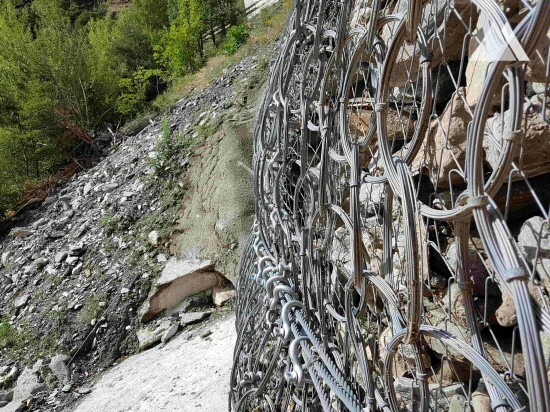 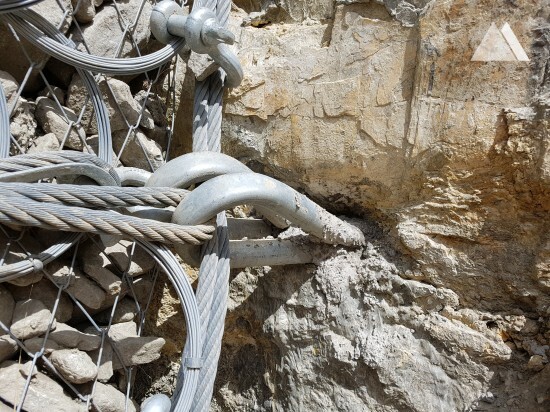 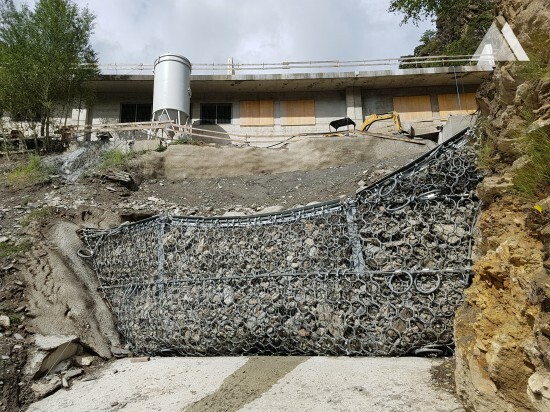 After the flooding in July and August 2015 of the Maachi (a mountain torrent in the Canton of Valais under the mountain Wiwannihorn in the municipalities of Ausserberg and Raron), considerable damage from erosion occurred on the valley side of the avalanche gallery of the BLS Southern Ramp (Bern-Lötschberg-Simplon railway line).

Until now, the mountain torrent Maachi had been lead through pipes under the gallery and through the erosion slope. However, the existing inlet already clogged up even with a small amount of debris. Alternatives were therefore sought.

The office of Geoplan AG, Steg, VS was commissioned by the BLS AG to draw up immediate measures for securing the erosion slope and also the gallery.

The best option provides for the following:

During normal water level, the Maachi torrent will continue to flow down the existing inlet shaft of the Maachi pipe system. As a result, the erosion slope is not affected.

In case of flooding with debris or debris flow, the water will in future be intentionally fed over the gallery. This generates a sort of waterfall with a greater drop onto the erosion slope. This creates regressive erosion problems.

The nailed-up supporting wall and the UX160-H4 debris flow system stops the regressive erosion. The solution is at the same time inexpensive.