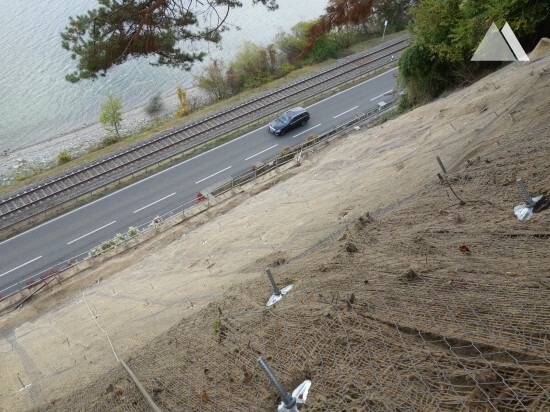 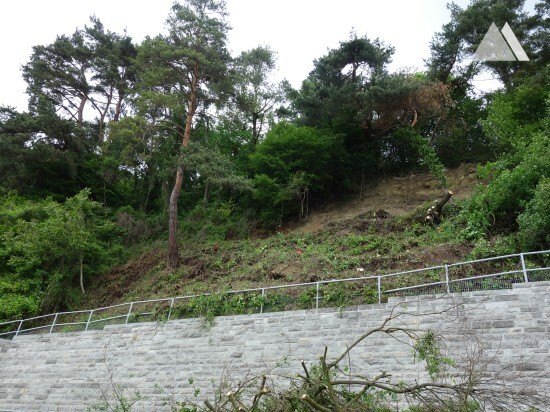 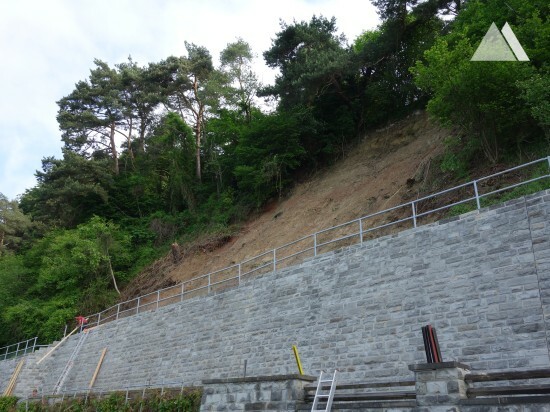 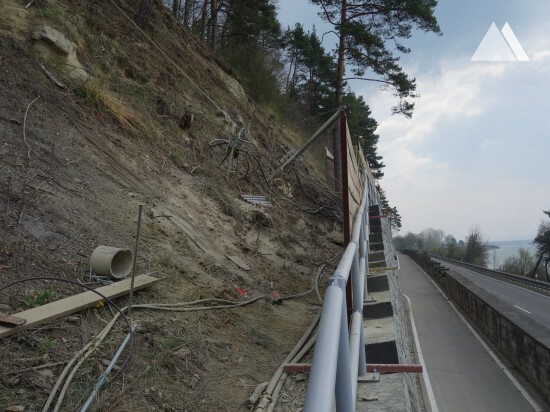 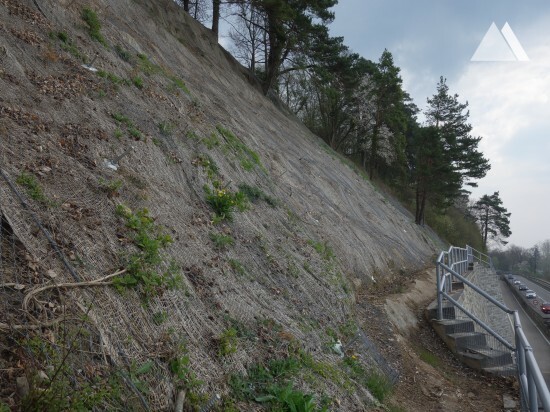 Sipplingen cycle path and road B31

Ludwigshafen and Sipplingen at the Lake Constance are connected by a railway line, the federal road B31 and a cycle path. At the narrowest points the slope was cut and stabilized by a retaining wall for the bike path. In May 2016 the slope above failed. In the area of the retaining wall, movements in the embankment occurred in 2006 and 2012. In addition, in the years 2013 and 2015 further landslides occurred at the north-west end.

Due to existing threat of the landslide, the road and the cycling path were closed. The railway line stayed open but with a speed limit because it could also be affected by sliding trees. After the first cleaning works an extra wooden wall above the retaining wall was built to allow the road opening. The cycling path remained closed the entire time during stabilization works.

The long detours had a negative influence on the turism so local population was pushing for a good, longlasting solution. By the end of June 2016. after completion of the cleaning works, the final area requiring stabilization was defined,