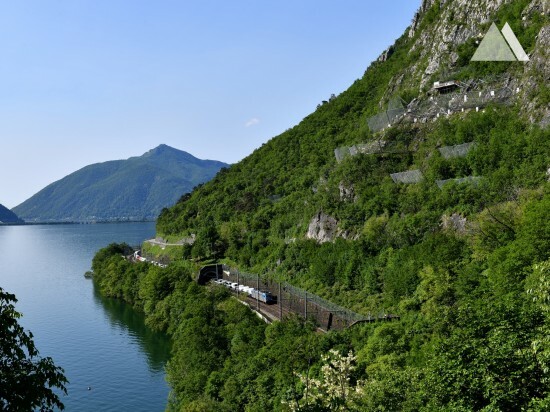 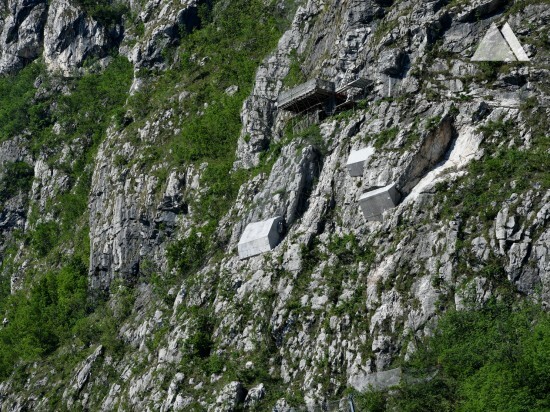 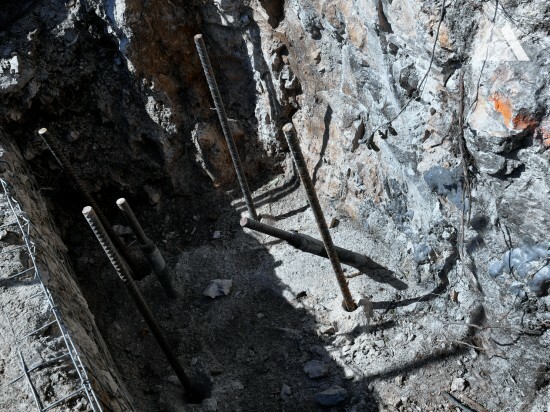 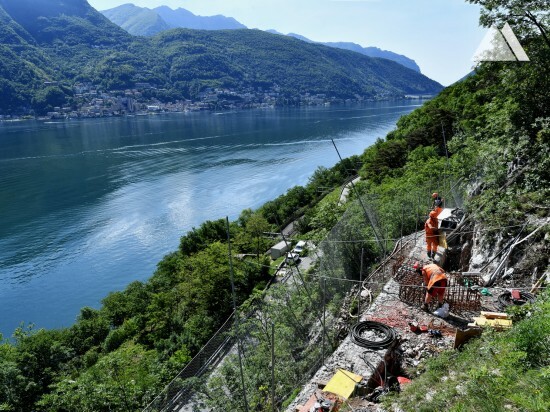 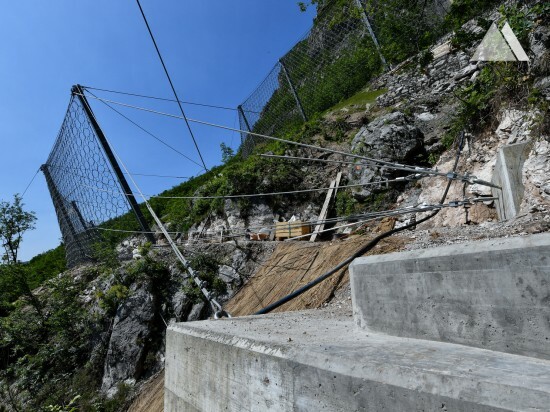 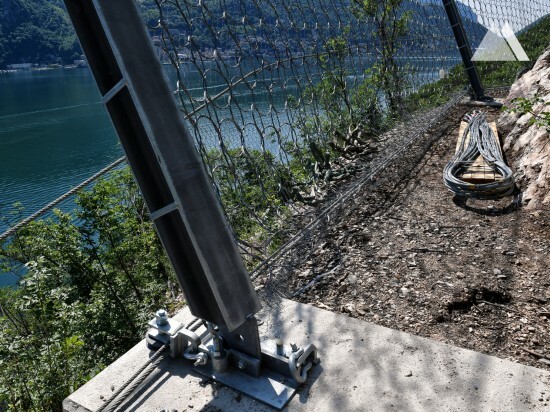 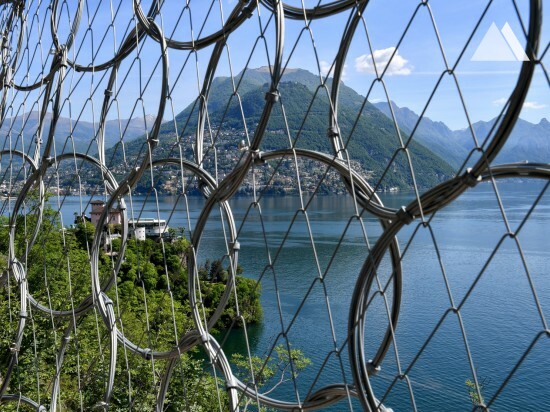 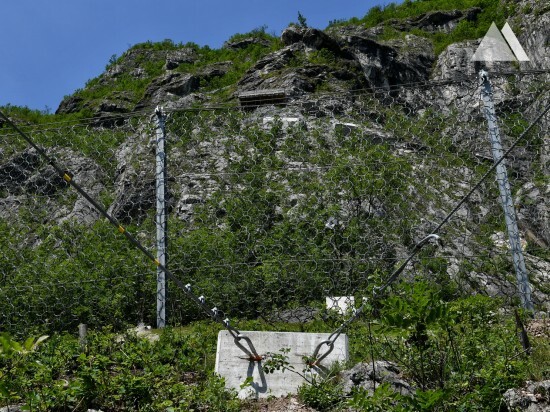 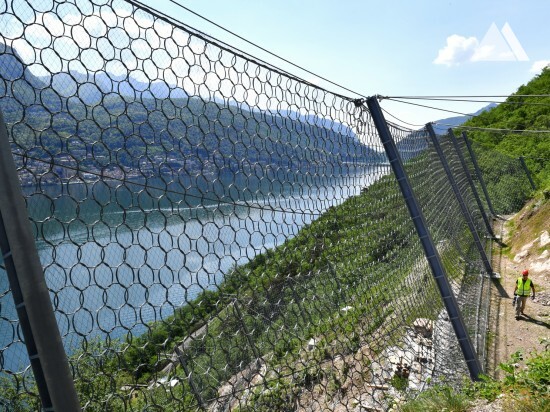 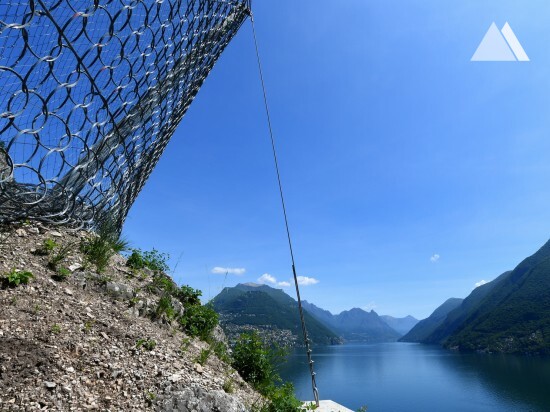 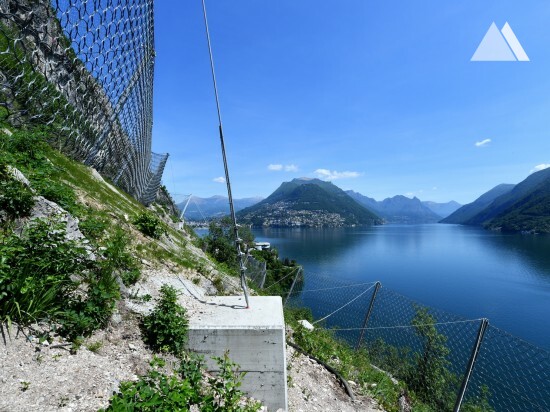 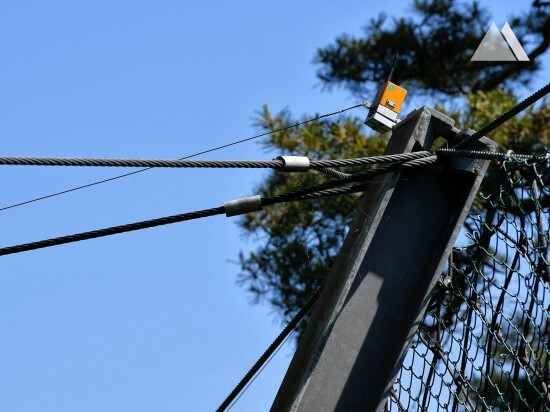 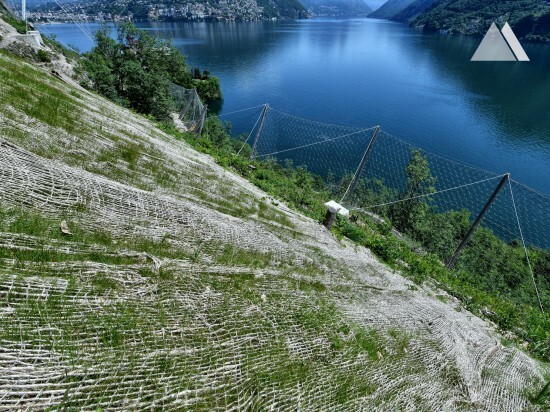 The special nature of the southern slopes of Monte San Salvatore, which divide the city of Lugano (Switzerland) and the southernmost part of the canton of Ticino, has necessitated the installation of various types of last-generation rockfall barriers (model RXE-) used by Geobrugg.

Geologists refer to the southern face of Monte San Salvatore as a very jagged and unstable limestone crag. Two communication arteries of national importance run at its base, on the southern slopes.

The Gotthard line of the Swiss Federal Railway runs along the lower section, by the lake, and, just above leads the state highway from the town of Melide to the southern entrance of the city of Lugano. The need to ensure a high standard of safety for these fundamental communication routes required urgent intervention to restore the barriers that had been destabilised during an event in the autumn of 2015, as well as additional protective measures.

The range of the rockfall barriers extends from RXE-1000 (6 meters high) to the RXE-3000 (7.5 m high). Determining the height of the retention system was an important part of the studies due to the vast height of the face (approx. 1000 meters), where unfortunately rocks fall regularly from the summit. These rocks pick up great speed on the way down and generate an extremely powerful rebounding effect which, if not stopped in time, could pose serious risks to the users of the two arteries at the bottom and the infrastructures themselves.

The action taken, part of a much wider project for securing the whole area, has demanded the exemplary coordination of the players involved and a study of the terrain for variants and guiding lines that are not evident due to the particularly complicated geomorphological situation in the area.

The intervention, coordinated between the client (Swiss Federal Railways), the engineering company (Bonalumi Ferrari Partener SA), the installation company (Ennio Ferrari SA and Geotechnics SA) and the manufacturer (Geobrugg AG) has guaranteed the maximum safety once more in a reasonably short period of time and to the full satisfaction of the client.