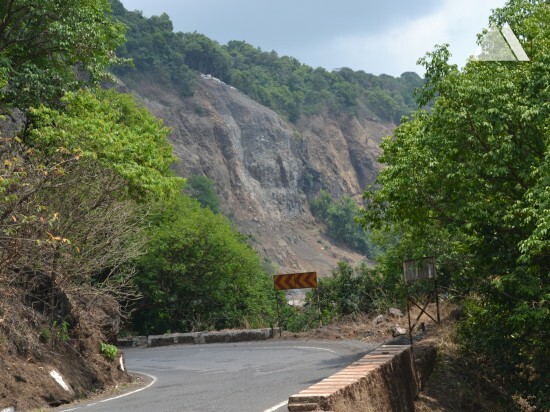 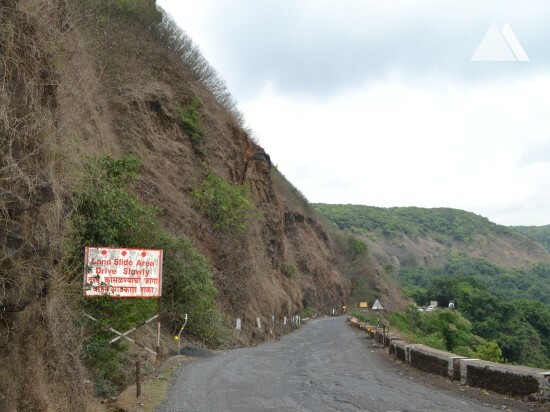 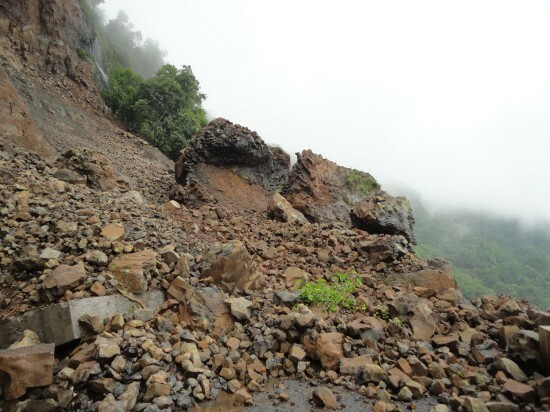 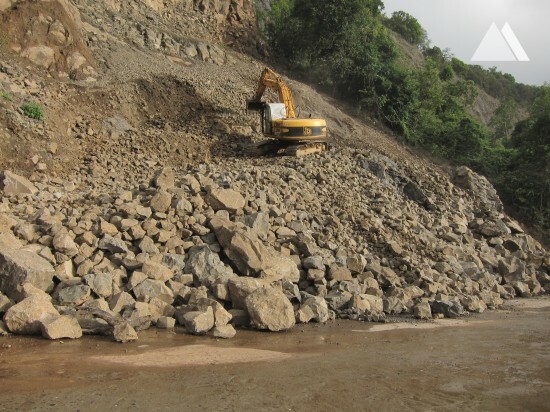 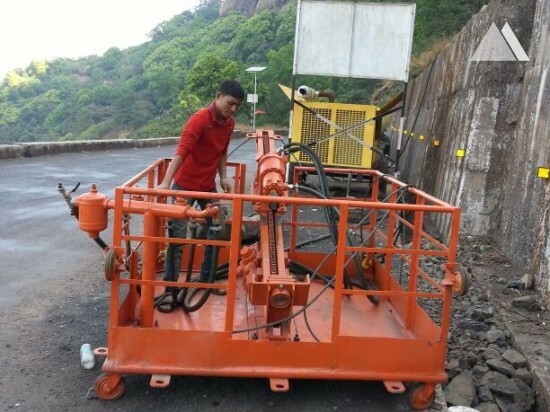 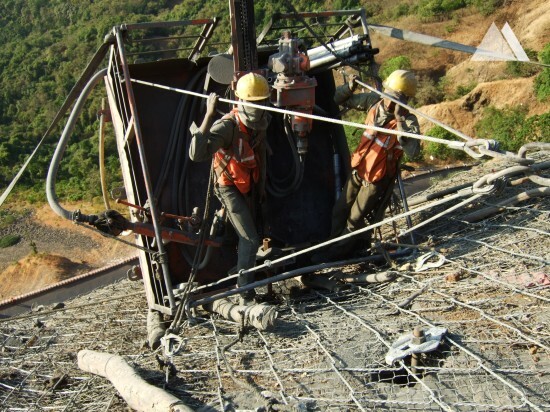 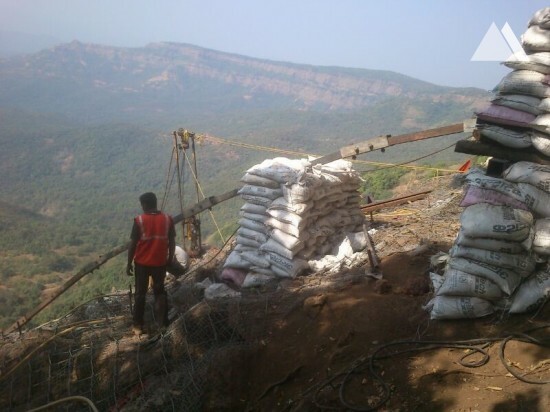 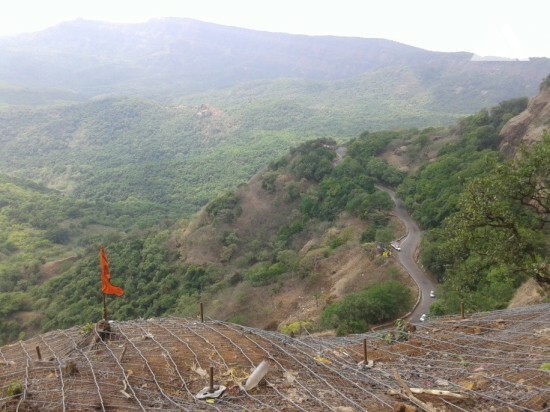 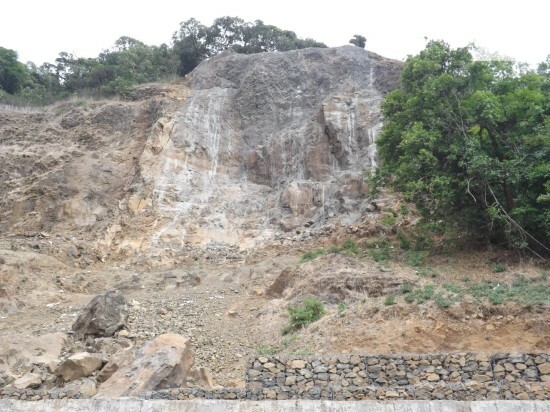 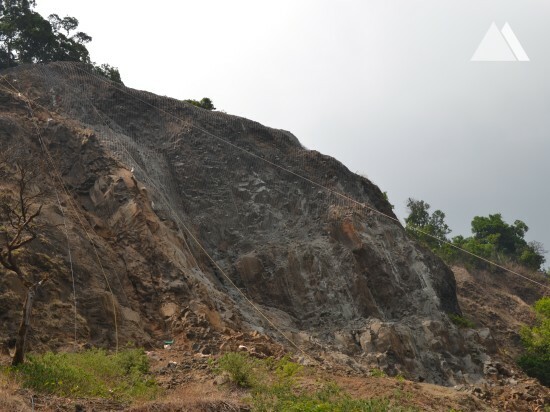 The Akeri-Amboli-Belgaum road is an important state highway (SH 121) which connects Kolhapur to Belgaum. The project location at km 51+800 is also a tourist attraction during the monsoon season because of a famous waterfall and its scenic beauty surrounding the area.

Due to frequent rockfalls and landslides in 2010, 2011 and 2012 at this location during the monsoon season the state highway is often closed for several days which severely affects the economy and day to day life of the nearby cities like Sawantwadi, Kolhapur, Amboli, etc. During the rockfall event of 2012 boulders weighing more than 60 tons rolled down the slope and damaged the existing road completely.

The Public Works Departments (PWD), Sawantwadi who has the responsibility of maintaining the road, approached several agencies to carry out the mitigation work at the site but most of them refused citing work related dangers & difficulties.

Approximate height of the nearly vertical slope was 95 m from the road level. The total number of 326 holes were drilled for 8 m long and with 32 mm diameter anchors were placed and fully grouted. A secondary chain link mesh was also placed below the SPIDER® S4-230 net to protect from smaller boulders.  The complete work was carried out with the help of rope access technicians. A temporary protection mesh (barrier) was installed at the bottom of the slope to protect traffic from smaller boulders which disintegrated during drilling work. The SPIDER® mesh was pretensioned to the slope surface using system spike plates which were tightened as per the specific torque using a torque wrench.