Work Ramps up at Mandalika - MotoGP’s Biggest Ever Circuit Project

Major construction work is accelerating at Indonesia’s Mandalika International Street Circuit in preparation to host MotoGP’s first-ever street circuit race and potentially its biggest ever crowd. Swiss company Geobrugg has now shipped 1,550 mobile debris fence panels for placement around the circuit and 31 moulds to create the concrete blocks that are essential for each turn. These will arrive at the track, on the island of Lombok, in January with an aim to complete circuit construction by mid-2021.

The track is currently listed as a reserve on the MotoGP calendar but could be slotted in as soon as next season if work is completed on time. The aim is to develop a circuit that meets both FIM Class A and FIA Grade 1 level, according Mark Hughes, interim COO of the Indonesian Tourism Development Corporation (ITDC), which is developing the track and the area around it as a tourist destination with numerous luxury hotels and leisure facilities.

This is one of the key reasons for using F1-level circuit suppliers such as Geobrugg, as the venue owners have no limit to the circuit’s ambitions. “MotoGP is our priority at the moment but we have our eye on the long term,” said Hughes. “We will have car racing at some point and it makes sense to use an FIA-endorsed product like the Geobrugg fences so that we are ready for the pinnacle of car racing if required. I've used Geobrugg before on other circuit projects and I think it is a fantastic product.”

Located on the Indonesian island of Lombok, the circuit is 4.32km in length and will feature 17 corners. “It's an incredibly fast track,” said Hughes. “We spoke with a number of riders when we were going through the different design iterations and everybody identified it as being one of the fastest tracks on the calendar.”

The construction work is continuing at lightning pace too. To speed up efforts to meet the mid-2021 completion target, the production of Geobrugg concrete barriers will be done on site.

Jochen Braunwarth, Geobrugg’s Director of Motorsport Solutions, said: “We will be providing the training of barrier production, pit wall production, panel assembly, and installation of all barrier types. This will accelerate the process of installing all of the important safety elements around the track itself.”

As well as being a race track it will double as a public road to access the tourist facilities on site, which presented a unique challenge due to the safety requirements by the FIM for the runoff areas. They will be a lot larger than at traditional circuits which means the barriers will be further away from the track.

“That was our single biggest challenge because that's a lot of space either side of the road,” explained Hughes. “Understandably, no one wants the riders hitting anything, the goal is for them to be able to go through the gravel and naturally come to a halt before they get to a barrier.”

But none of this will diminish the excitement for the race from across the country. With a remarkable 27 per-cent of the global MotoGP fanbase coming from Indonesia, Hughes believes that they will have no issues with filling the 150,000-spectator capacity (as long as spectators are allowed back by then), making it by far the biggest event on the calendar.

About Geobrugg
Geobrugg  develops and manufactures protection systems made of high-tensile steel wire. These systems protect against natural hazards such as rockfall, landslides, debris flow, and avalanches. They ensure safety in mining and tunneling, and on motorsport circuits to stop impacts from falling or flying objects. Geobrugg has 340 specialists worldwide, production facilities on four continents, as well as branches and partners in over 50 countries. 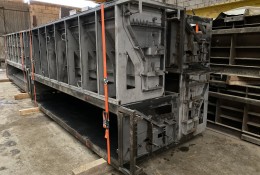 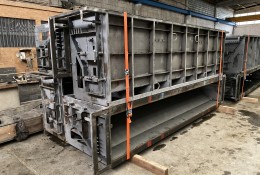 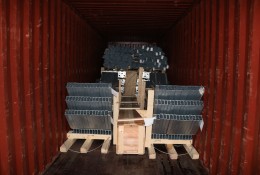 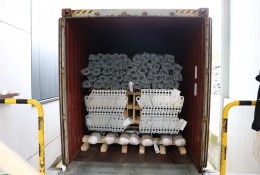 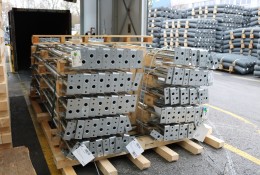 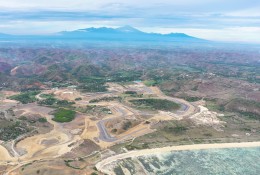