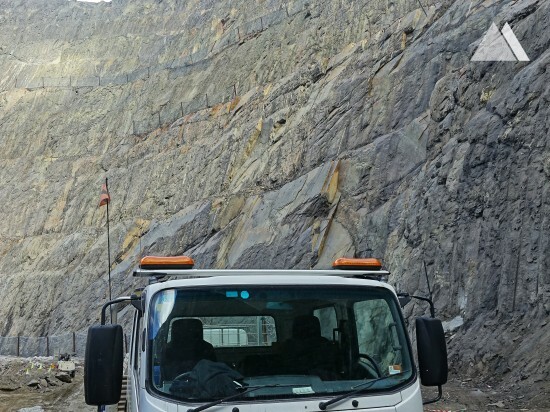 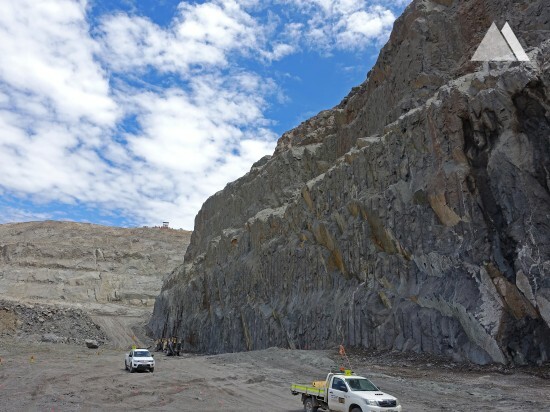 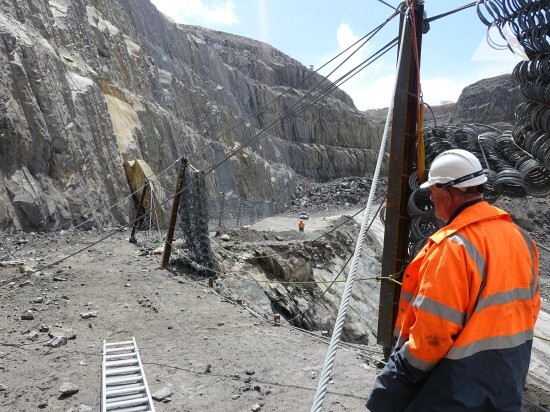 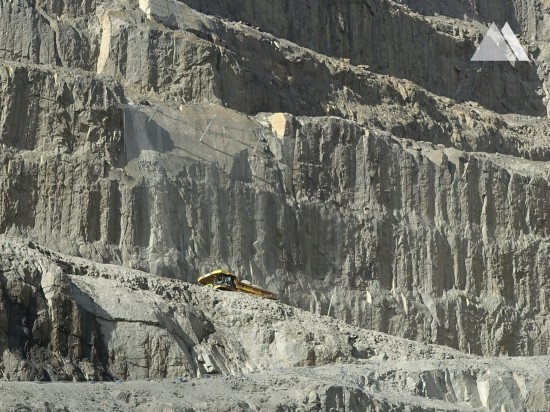 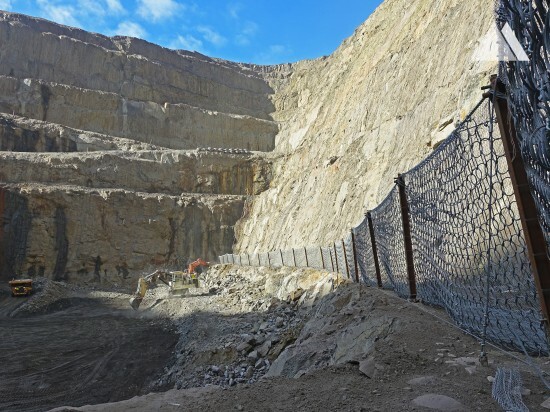 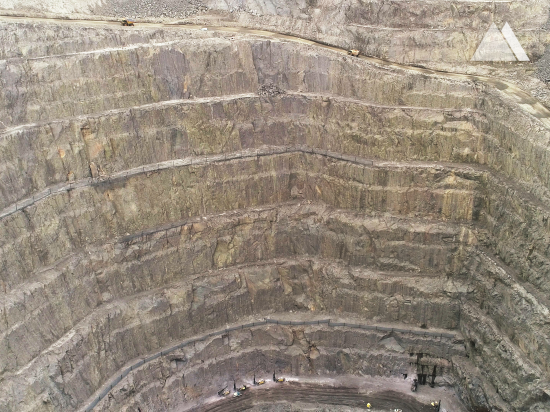 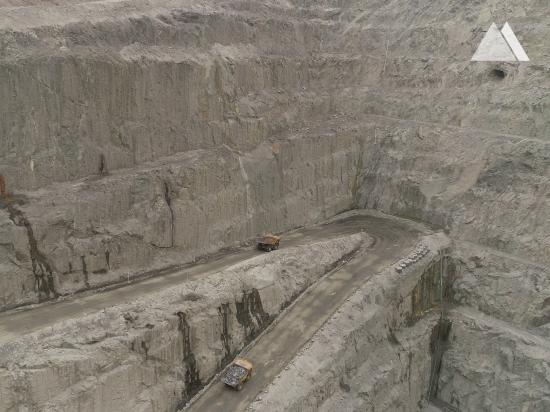 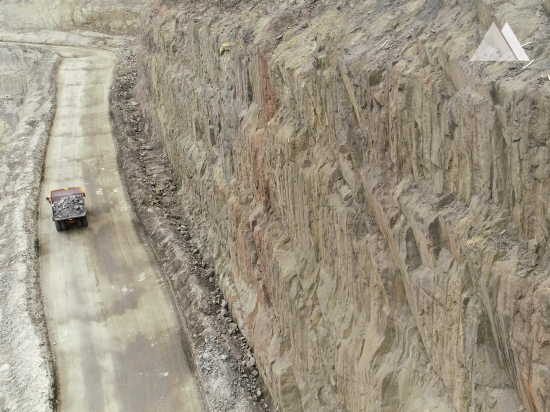 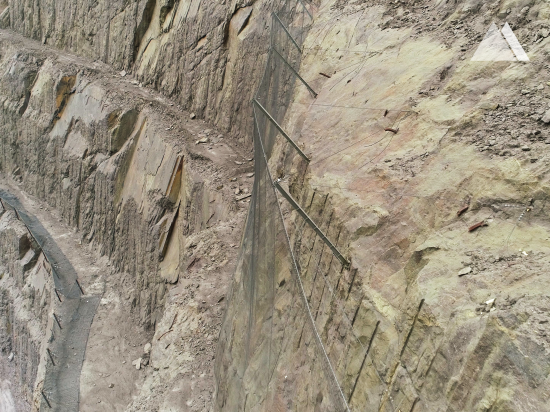 The Kanmantoo Copper Mine in the Adelaide Hills of South Australia is operated by Hillgrove Resources Pty Ltd. Underground Cornish style mining occurred in the area in the mid1800’s. The first open pit became operational in the 1970s, and then more recently the mine was reopened in 2011. Since then Geobrugg has worked closely with Hillgrove Resources, by designing and supplying a range of systems.

Two smaller pits (Kavanagh and Spitfire) were operational from 2011 to 2015, before amalgamating into one. The result, The Giant Pit, is to be completed in mid-2019.
Its steep-walled design requires an intensive rockfall management plan and the installation of extensive rock support. The pit has two main competent rock types; biotite Schist (BSch), and garnet andalusite biotite schist (GABS). There are no major faults and few shear zones, so the stability of the pit is defined by four main joint sets. Two steep easterly dipping structures result in planar and wedge failure modes, mainly on the western walls.

Geobrugg has worked closely with the mine and the installation contractor to manage a range of rockfall hazards. To date, approximately 45,000m² of DELTAX®, MINAX®, and TECCO® drape mesh have been installed, along with over 1000 lm of low (35 kJ) and high energy (3000 kJ) rockfall barriers, and 300 lm of attenuators.

Pre-splitting of batters, mechanical scaling and hydro-washing are used to reduce and eliminate the potential for general, smaller rockfalls. General weathering, rainfall, and blasting have still lead to rockfall events, so engineered structures such as rockfall drapes and low energy barriers (T35) are installed to manage these in selected areas.

Large scale wall failure is managed by a slope stability radar and three laser scanners. Due to the potential for rapid, brittle type failures and orientation, batter instability is difficult to predict and alarm with radar and scanners. Hence this risk has been managed through berm retention (using shear pins), and high energy rockfall barriers. In areas where berm loss has still occurred, Attenuators are installed to mitigate the additional rockfall risk.

Mining operations will cease in May 2019 when the pit will then be redeveloped into a pumped hydro project.

Our video shows all solutions at Kanmantoo Copper Mine.