Geobrugg developed together with international experts an attenuator protection solution which can be efficiently dimensioned. This innovative rockfall protection is particularly low maintenance. The dimensioning concept was presented to experts in British Columbia/Canada at the end of August.

Geobrugg has installed attenuator systems in North America for years. What was missing up until now was a scientifically based concept which would allow to dimension this solution, reliably and efficiently. Until now. At a conference in British Columbia/Canada, where the Geobrugg test site for this system is located, this dimensioning concept was presented, in detail, to experts. Live tests showed the new dimensioning method, the movement behavior of the strongly rotating blocks and the reaction of the entire system during the impact.

An attenuator is a modified rockfall drape providing particularly efficient protection. At the upper end of the system, the rockfall is intercepted and slowed down. The drape of steel wire mesh then guides the stones into on the ground. This system is practically maintenance-free, withstands multiple impacts and is used where high-frequency rockfall events are expected.

Geobrugg is the first company worldwide to develop a design concept for attenuator systems. This, in cooperation with the internationally renowned rockfall protection expert Duncan Wyllie from Canada. Wyllie, whose decades of experience in this technology has been invaluable; during development, during many large field tests and in the course of laboratory tests and simulations.

The development of this dimensioning concept and the functionality of the Geobrugg attenuator on the test site can be watched in this video. 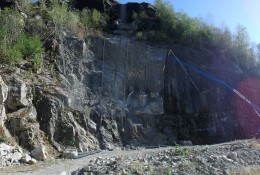 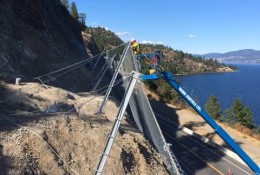 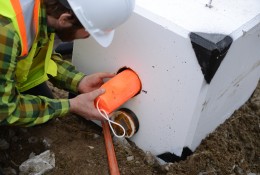 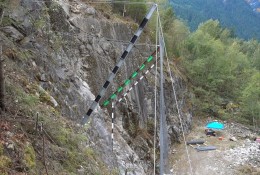 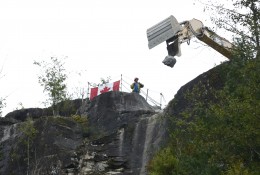 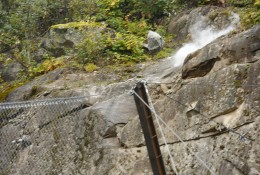 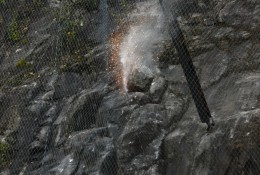 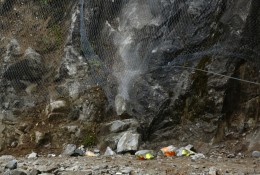