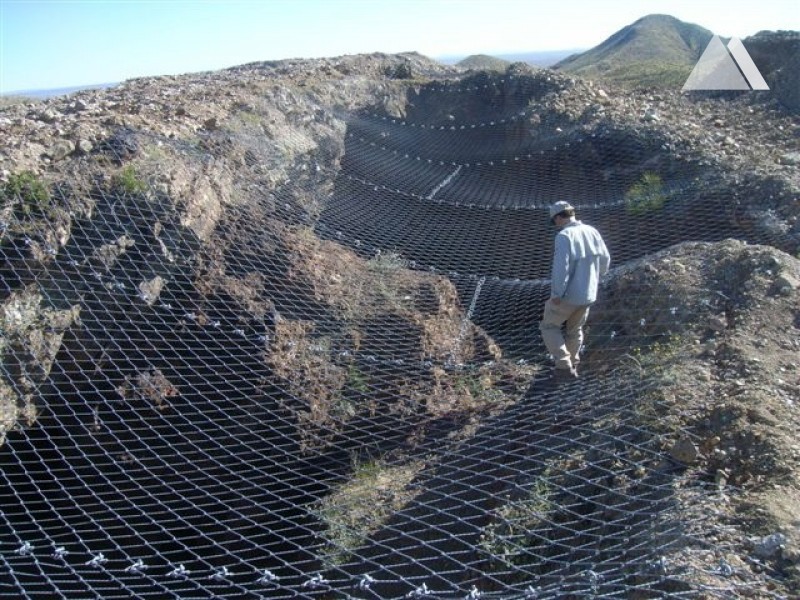 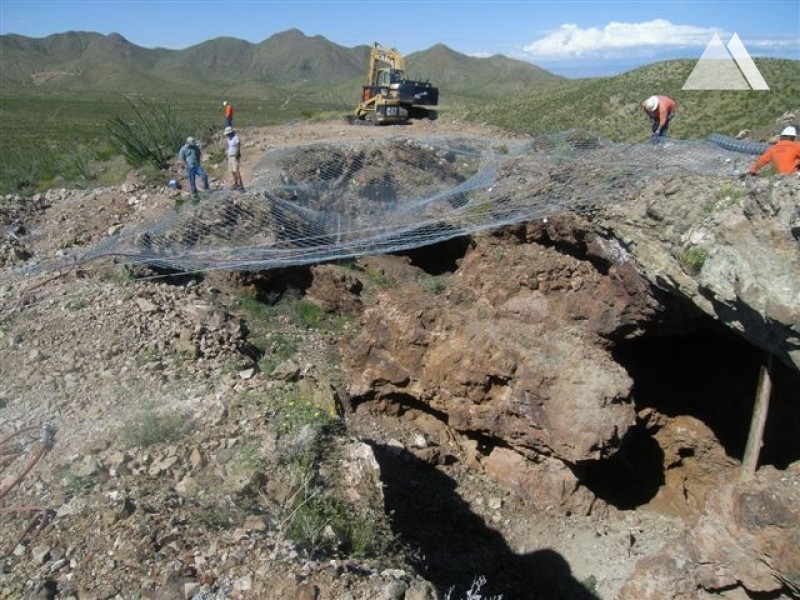 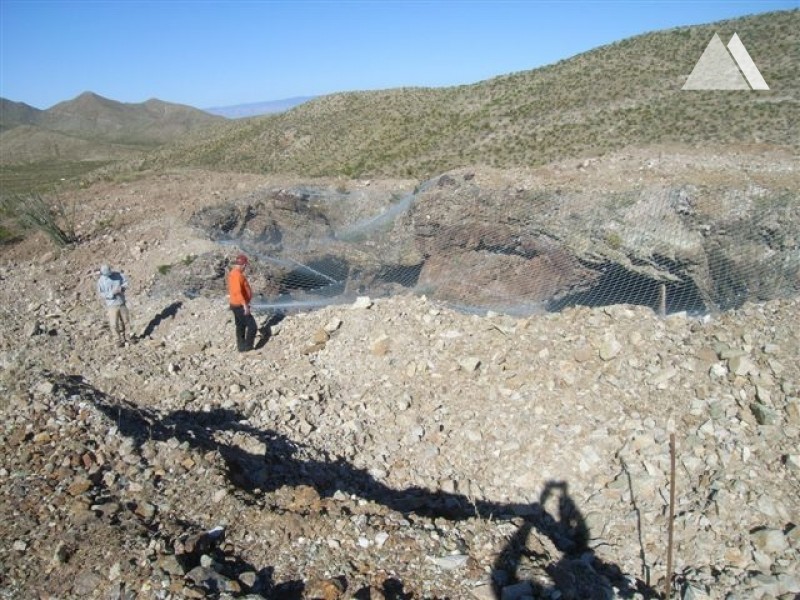 A wandering traveler in the desert near the border between New Mexico and Mexico fell into an abandoned mine and was trapped for days.  A Rancher, alerted by the cries for help, organized the rescue.

Following this incident, the Division of NM Mines & Minerals decided to permanently close the mine.

Geobrugg's SPIDER® mesh was used to cover this early 1900's abandoned mine opening to prevent injuries from unauthorized persons entering the property.The project site is also a fruit bat habitat, thus SPIDER® mesh S4-130 was chosen for its  size opening to allow the bats to fly out at night to hunt for food.